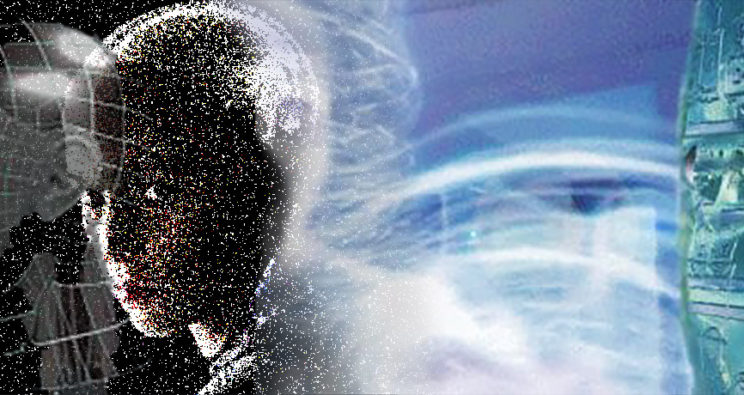 More Big Ideas in Action All Around Us.

Last year at the MIT Media Lab 30th Anniversary Nicholas Negroponte the founder and Chairman Emeritus predicted that uploading knowledge directly into our brain would be possible in our lifetime. The concept of neural interface technology is providing humans with the ability to hook their brains directly into the Internet. The giant leap into the realm of wetware recently became possible after a bionic eye got the approval of FDA. Neural interfaces involve brain wave mapping, which refers to the process of controlling remote robotics directly from neural impulses.

Feeding information directly into our brain and learn Chinese, Arabic or physics overnight, or new skills to make us more productive is very exciting. Matrix-style instant learning will be a reality. Also, the use of augmented reality in learning, training, and entertainment is already here. Why not FedEx Office and Staples become the future 3D manufacturing centers where you upload your designs and pick up your product or have it delivered to your home. This will render most manufacturing in far places and ship thousands of miles obsolete.

Processors that work faster than the brain, deep data mining, and telemedicine from home and 3D print your medication will all be part of our lives. Scientists currently based at Carnegie Mellon University are working on sending snake-like robots to nuclear plants or in any hazardous space where inspections are impossible. These snake robots can freely wriggle into pipes and valves as well as in vessels that are difficult to access.

It is predicted that Atmospheric energy is an effective renewable energy source that has the power to innovate the production of electricity in the near future, on top of the existing exhaustible and non-renewable sources that we have today. This source can be more effective than the wind, solar and biofuel as free electricity is always present in the air and clouds around us. The idea behind the development of solar fuel lies in the direct conversion of solar energy into a liquid fuel. The production of fuel through solar energy is much like mimicking how plants produce energy through the process of photosynthesis. This technology will make possible the creation of fuel using just sunlight, carbon dioxide, and non-potable water.

Nikola Tesla 1956-1943 was a Serbian-American inventor, electrical engineer, mechanical engineer, physicist, and futurist best known for his contributions to the design of the modern alternating current electricity supply system. It is reported that Tesla also invented the “Wireless Energy Transfer” which allows the direct beaming of energy from a power source without the need for a wire, in the same way that a laptop picks up a wireless Internet signal In a Wi-Fi hotspot. If this technology is developed, nothing in this world has to be plugged in anymore just to stay connected. This is a safe and efficient way of transmitting power as it can be applied to any surface. Tables or park benches that charge your mobile phone while you sit and have a cup of coffee.

The idea of Nanotechnology refers to the manipulation of materials in the atomic and molecular levels for revolutionizing computing, not just by making the process faster but also by making computing devices a lot smaller. Scientists believe that devices as small as cells may someday navigate through the human body to serve as artificial immune systems and even repair organs and tissues. Next is the engineering of stem cells, James Thomson of the University of Wisconsin Cellular Dynamics Center first pioneered engineered stem cells. The aim of engineered stem cells is to revolutionize the way medical practitioners screen drugs and study disease. With the help of cells from patients with various diseases, any infirmity can now be cured. Coupled with self-diagnostic medicine available in our smartphones Self-diagnostic medicine is a technology that will soon provide an effective alternative to medical consultations. Recently developed Web MD is an example of this technology, wherein diagnostic hardware becomes available in the comfort of people’s homes.

Traveling and airport lines will be avoided with quantum teleportation, "Beam me up, Scotty" is a catchphrase that made its way into popular culture from the science fiction television series Star Trek will be possible with Quantum teleportation refers to the direct transfer of a quantum state from one location to another, making possible the out of the ordinary phenomenon dubbed as “entanglement”. This phenomenon is the link that exists between certain particles even when they are separated by space. Quantum teleportation will soon revolutionize the speed of communication.

It’s good to be reminded how far we humans have come as a species and to recognize that what lies ahead can be shaped collectively by means of our creativity, innovations, and positive efforts.

I recommend for you to read Abundance: The Future is Better Than You Think, by Peter H. Diamandis and Steven Kotler. They also wrote another book entitled Bold. The noted inventor and futurist Ray Kurzweil said of Bold: “This brilliant must-read book provides the key to the coming era of abundance replacing eons of scarcity, a powerful antidote to today’s malaise and pessimism.”